European companies that make the move to the cloud gain an advantage over their competitors, according to new market research by Frost & Sullivan.

The research was commissioned by cloud software firm NetSuite and showed that the majority of firms have turned to the cloud to improve at least one of their functions, like accounting, ERP or CRM.  Frost & Sullivan surveyed over 600 senior IT professionals in various industries across the continent to find out what the general mood was towards the cloud.

The survey found that more European companies are looking at the cloud beyond areas like CRM and productivity and expanding into financial processes. Bottom-line benefits were cited by many respondents as a key force behind this change. In the UK, 62% of firms have moved to the cloud in 2016, compared with 40% in 2014.

“With so many citing cloud applications as an advantage, it’s clear that organisations that have not yet made the move are losing out,” he said.

NetSuite, which funded the research and sells cloud services, says it believes the survey backs up what they have seen with its own customer base in Europe. “Businesses are turning to the cloud for its agility, scalability and flexibility, and reaping the rewards by delivering innovative product and services that are transforming industries,” said Mark Woodhams, managing director of NetSuite EMEA.

The company added that it is still expecting challenging times ahead in Europe for its customers, especially in the UK in the aftermath of Brexit and changes to regulations.  “NetSuite will make our customers compliant without disruption,” said Craig Sullivan, NetSuite’s SVP of enterprise and international products. 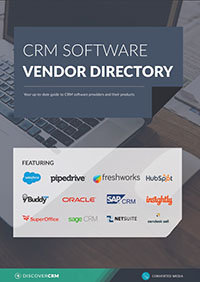 Save hours of CRM vendor research with this free guide

Your first CRM newsletter should arrive in your inbox soon.